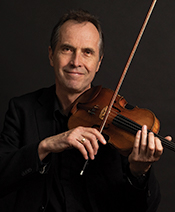 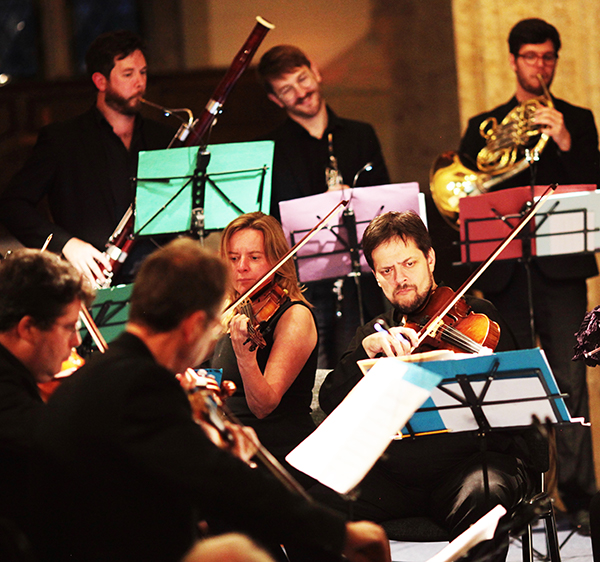 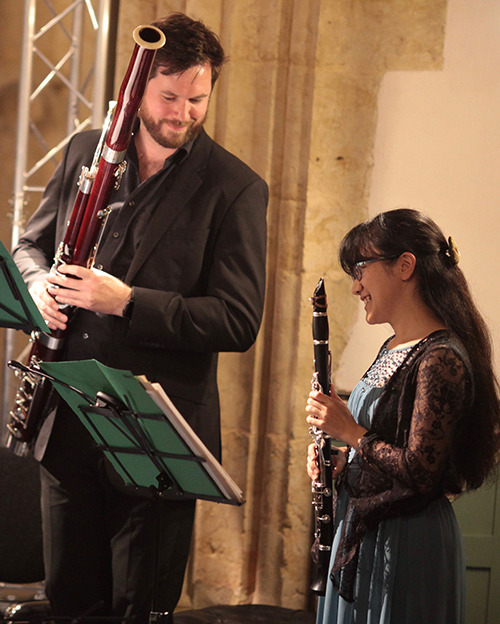 “Fifty years ago, Neil Armstrong stepped from the ladder of the Apollo 11 lunar module onto the surface of the moon. With the immortal words “One small step for man; one giant leap for mankind,” he became the first person to achieve what humans have dreamed of for millennia. We’re going to celebrate those dreams throughout this week with music by Debussy, Schoenberg and Haydn inspired by the moon and stars.

Two hundred years before Apollo 11’s mission, Napoleon was born in Corsica. His legacy to the world has proved to be more far-reaching than the American space programme – not through military conquest, but through law. While in exile, he mused that even if Waterloo erased the memory of his many victories, his Civil Code would live forever. Two centuries later the Napoleonic Code forms the basis for many of the world’s legal systems. Beethoven’s magnificent Eroica symphony was originally dedicated to Napoleon, whom Beethoven much admired, until the great man crowned himself emperor, leading the composer to erase his name. We will play a chamber version of the symphony at our Tuesday lunchtime concert.

There’s much more going on during the week. The welcome return of the sensational Kabantu quintet, back for the first evening concert of the week and it’s a real thrill to welcome the UK’s foremost jazz violinist, Chris Garrick, to Burton on what would have been the legendary George Shearing’s 100th birthday. A grand finale featuring a fake moon landing by Haydn and two pieces written for Burton Bradstock; the world premiere of Il Filo, David Gordon’s new concerto for accordion and guitar; and Tjukurpa, composed for the festival in 2008 by Barrington Pheloung and performed in his memory. Plus, of course, there’s wonderful art by local artists on display in the village hall.

We hope you’ll come along to join in the fun.”

The festival opens with a burst of colour and a warm welcome at 10.00 am in the Village Hall with the Art Exhibition. Closing time 7.00pm.

The Art Exhibition is open during the concert intervals.

Tea is served! Enjoy a relaxing afternoon in the
lovely Rectory Garden accompanied by live classical
and folk music.

Festival Evensong will be sung by the choir
of St Peter’s Church, Dorchester.
The service will be led by Rev Jane Williams,
the Rector of St Mary’s Church.

12.30pm St Mary’s Church
Cellist Adrian Bradbury talks to David Juritz about his favourite music and what it means to him.

Making their second festival appearance, Manchester-based
quintet strong>Kabantu create new marriages of music from around the
globe, celebrating the space where different cultures meet.
‘Kabantu’ means ‘of the people’, stemming from the
South African philosophy of ‘Ubuntu’ – ‘I am what I am
because of who we all are’. This is autonomous music that bridges
countries and cultures – an egalitarian, creative process that
defies genre and embraces sheer joy in music from all over the globe. Kabantu are Folk Alliance International Official Artists 2019 and were named Selected Artists by Making Music in 2016-17.

Sponsored by Sue and Gordon Thompson
and The Three Horseshoes

Sponsored by Chris and Gay Sundt

In 1803 Beethoven began work on a new symphony inspired by Napoleon. He completed the work in early 1804 naming it ‘Sinfonia intitolata Bonaparte’ only to scratch out the dedication a few months later when Napoleon declared himself emperor. Beethoven subsequently dedicated the work to Prince Joseph von Lobkowicz who gave the composer 400 ducats in return. Beethoven did, however, retain the words, ‘to celebrate the memory of a great man’, telling his publisher that the title ‘is really Bonaparte’. This arrangement is by Franz Ries, Beethoven’s friend and collaborator.

Concert to include a picnic lunch platter
and a glass of Furleigh Estate Classic Cuvée
in the Rectory Garden.

A Tribute to George Shearing
Chris Garrick is widely recognised, both by the jazz and classical worlds, as the country’s leading jazz violinist. He has forged a deep musical understanding with composer and pianist David Gordon over many years and various projects, based on a strong sense of melody, impish wit and quick-fire improvisational virtuosity. They are joined by drummer Tom Hooper, a regular member of Chris’s quartet, whose effortless and highly characterised playing captures the hearts of his listeners, along with BBF’s regular bass player ‘Mr Music’ Sandy Burnett.

13 August 2019 marks the 100th birthday of perhaps Britain’s greatest jazz musician, pianist-composer George Shearing, and our special concert pays tribute to the partnership he enjoyed with violinist Stéphane Grappelli. In addition to hits such as Lullaby of Birdland, the group will play some of Shearing’s bebop classics, together with a panoply of standards old and new.

Sponsored by Nantes Solicitors Bridport
and Robert and Margaret Jones

Thea Musgrave describes her quintet as a ‘mini-drama without a plot.’ Jim Parker takes the Atéa Wind Quintet down to the river delta before the five brilliant young soloists are joined by Sandy Burnett for Paul Patterson’s quirky musical take on a favourite tale.

Sponsored by A Friend of the Festival

Arnold Schoenberg Verklärte Nacht (Transfigured Night), Op. 4
Written in 1899, Schoenberg’s lush and intensely romantic string sextet is based on a poem by Richard Dehmel in which two lovers find reconciliation under a starry sky.

Brahms’ glorious, elegiac Horn Trio was written in memory of his mother, its calm beauty and hunting horn calls recalling childhood walks in the Black Forest. Francis Poulenc’s Trio is, by contrast, a joyous romp for three virtuoso performers.

Sponsored in memory of Alex Collins and Judie Hibbert

Tango of the Golden Age and Tango Nuevo with music by
Piazzolla, Pugliese, Salgán and Troilo

The London Tango Quintet was formed in 2007 by David Juritz and consists of key musicians from the Burton Bradstock Festival. With engagements throughout the UK in 2019, they are now regarded as one of the leading tango ensembles in the country.

Ferdinand Rebay (1880 – 1953) wrote around 600 works for guitar in a tuneful, romantic idiom. Most of his manuscripts, of extraordinary quality, have remained in private hands and are only now being published.

A grand finale featuring a fake moon landing by Haydn and two pieces written for Burton Bradstock; the world premiere of Il Filo, David Gordon’s new concerto for accordion and guitar; and Tjukurpa, composed for the festival in 2008 by Barrington Pheloung and performed in his memory.

*Supported by the Fidelio Charitable Trust, Dr Jane Anderson and the London Tango Quartet **Tjukurpa was composed by Barrington Pheloung (1954-2019) for the Burton Bradstock Festival 2008

‘I was incredibly lucky enough to be at Burton Bradstock last night for the London Tango Quintet. I am a music lover – all kinds – but can honestly say I came out of the church feeling that I had enjoyed something very special. I cannot think of any other music event that has given me such a wonderful experience. All five of you have left me walking on air…’
Christine Shaw

Six days of brilliant classical, jazz and world music with internationally acclaimed performers and a nine-day exhibition featuring some of the finest art and ceramics in the South West.